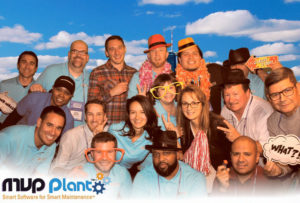 (Please note that M&RE stands for Maintenance and Reliability Excellence.)

I built CMMS Data Group in 2000 to help MP2™ users take advantage of the benefits that their MP2 CMMS software had to offer. Then, to support customer demand, I built a smart and amazing team that never ceases to amaze me. In 2006, to fill a gap, we built MVP Plant™ CMMS software and its mobile CMMS app to give users a better alternative to their current (or lack of) CMMS software. Additionally, we wanted to give them an easy way to collect complete and accurate CMMS data and populate their CMMS (MVP Plant) with it. Now, in 2019, we built a reliability engineering division and the reasons why follow…

I simply love this (maintenance and facilities) industry and the people that work in it. Maybe it stems from the love that I’ll always have for my dad and playing with my brother in my dad’s auto body shop when we were little. I don’t know but I do know that since starting in this industry in 1998, I have always wanted to help maintenance and facilities professionals and make their jobs easier.

Early on, I learned that maintenance and facilities teams are amazing and do so very much even though they’re given so very little (including respect). I know that maintenance and facilities teams are the most valuable players (MVPs) within an organization, not a necessary evil, because they ensure customer satisfaction by making sure that everything continues to work and run well. Not only do they keep equipment running, they keep offices warm in the winter and cool in the summer. When they need something and it’s not in the budget, they don’t just say, “Oh well.” Heck no! They say, “I’ll figure it out,” and they make it happen.

Through the years, I also learned that maintenance and facilities teams struggle with taking their department to the next level to achieve maintenance excellence. Either they don’t have the data, don’t know what steps to take next, or lack the resources to make it happen.

Don’t Have the Data

This issue was solved when we created MVP Plant CMMS software. Not only do maintenance and facilities teams now have the data needed to support optimal decision-making, but it’s complete and accurate too!

These are the reasons why our reliability engineering division was created. Even though maintenance and facilities teams are now equipped with complete and accurate data, CMMS Data Group did not know how to advise them on what steps to take next to help them achieve world-class maintenance and reliability excellence (M&RE). We lacked the knowledge such as world-class key performance indicators (KPIs), the 15 building blocks of maintenance excellence, the 1,000 quantitative and qualitative points on how to properly assess maintenance excellence, etc. We took stabs at it and did a good job; however, I don’t like taking stabs. I like providing customers with complete solutions; hence, the reliability engineering division was formed.

The 15 Building Blocks of Maintenance Excellence

How did I have the confidence to build this division? Please allow me to explain. Since 1998, many experts that I call my M&RE gurus have helped me and have taught me so much about M&RE. The 1st guru is Mr. Terry Harris, CMRP and Founder & CEO of Reliable Process Solutions. I met Terry Harris in 2006 at the Enterprise Asset Management tradeshow in Las Vegas. I was quite the lucky girl to have a booth next to him. During the tradeshow, he taught me many things about M&RE including that a piece of equipment can run forever. I said to myself, “What? No one had ever said anything like this to me even after being in the industry for 8 years.” I knew his knowledge was something special and I wanted to share it with the rest of the world. Hence, CMMS Data Group launched Equipment Reliability training and Terry led the classes.

The 2nd guru is Mr. Bill Mountjoy, CMRP and VP Reliability Engineering of CMMS Data Group. I met Bill In 2002 after he called us (CMMS Data Group) seeking MP2 support for 34 of his manufacturing plants. Through the years I gained such a huge amount of respect for him because I saw him lead huge corporations to M&RE. Because helping companies achieve M&RE is near and dear to my heart and the reason why I started CMMS Data Group, I was a huge fan. And I became an even bigger fan when Bill told me that he was trained by one of the best authorities on the subject of M&RE and that’s Don Nyman. Don Nyman wrote many M&RE books including Maintenance Planning, Coordination, & Scheduling and 15 Most Common Obstacles to World-Class Reliability: A Roadmap for Managers.

Because of Bill’s knowledge, when we started building MVP Plant in 2006, if we had a question about how something should work, I would call Bill (and many others) for advice. With their advice, MVP Plant was and continues to be perfected. Additionally, Bill submitted many enhancement requests to make MVP Plant support his M&RE initiatives.

Not only are we fans of Bill but he is also a fan of ours. Through the years, he has watched and helped us and our software grow.

Because we’re both fans of each other and because we have the same passion to help companies achieve M&RE and Make Reliability a Reality™, we’ve united forces. With Bill’s expertise and wisdom and with CMMS Data Group’s current offerings, it was a no-brainer to launch a reliability engineering division. All things reliability will be developed, managed, and overseen by Bill. He brings a new dimension to CMMS Data Group’s offerings.

So there you have it. By surrounding myself with M&RE experts, having an amazing team, and offering software that arms maintenance and facilities teams with precise CMMS data, my team and I had the confidence to launch a new reliability engineering division.

Thank you to Terry, Bill, and all my other M&RE gurus for sharing knowledge with me throughout the years. And thank you to my team for your support and for always believing in me. I appreciate it more than you know.

Now, I present to you CMMS Data Group’s new reliability division with a mission to help you and your organization achieve M&RE, Make Reliability a Reality, and make the world more reliable. Understanding the Importance of Overall Equipment Effectiveness (OEE) in Manufacturing 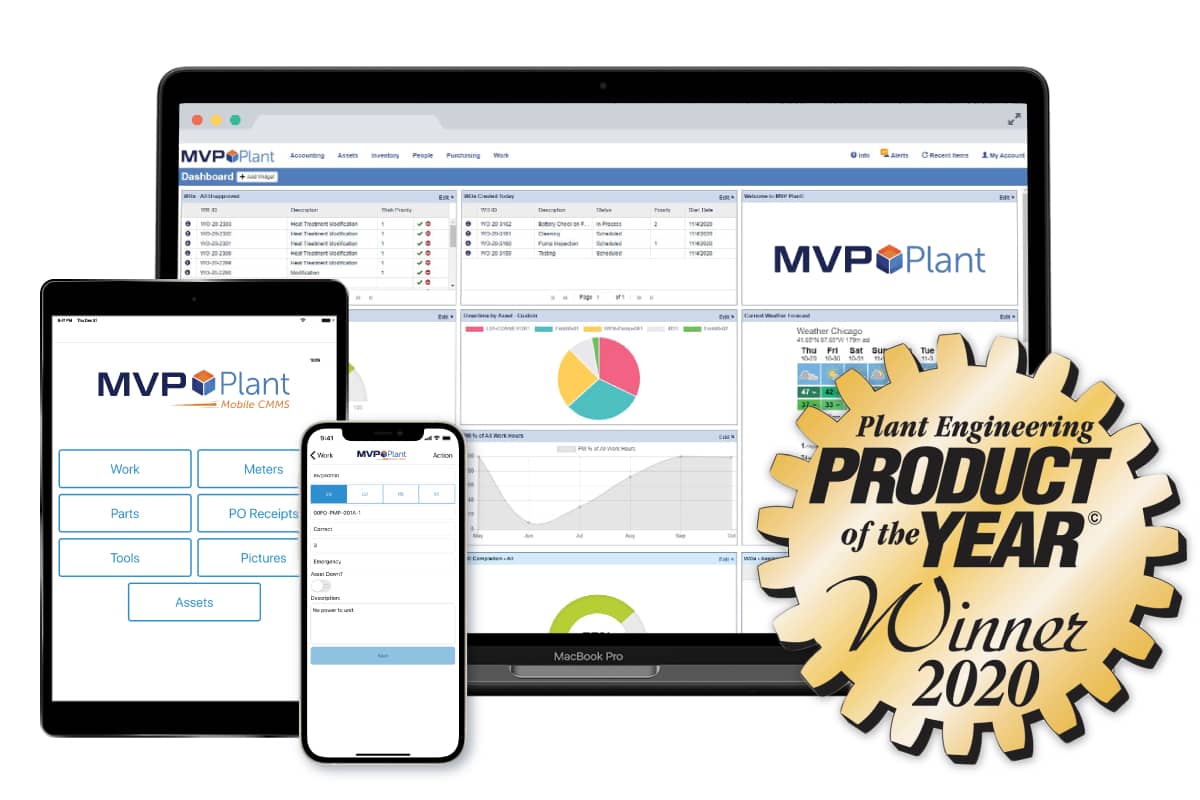 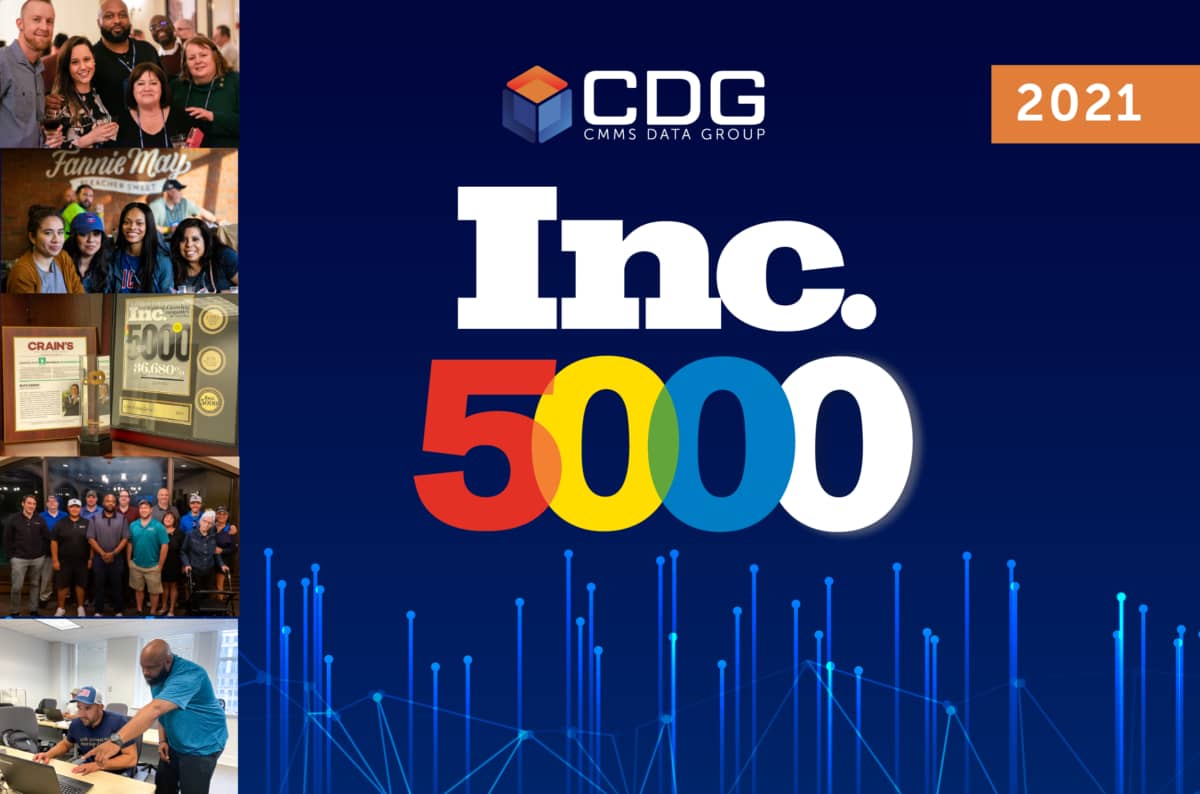